This past weekend I gave a presentation to a group of local sailors and boaters touting the benefits of running OpenCPN on a System-on-a-chip board such as the Raspberry Pi.

In preparation for the talk, I rebuilt OpenCPN on the newest generation Raspberry Pi 2, running the most current source code available on git at the time (4.1.412). I didn’t have the time to do any performance tuning of the system, and ran it out of the box all weekend long. OpenGL was not running appropriately, so performance was less than previous installations, but it did run out of the box, following the Raspberry Pi installation steps, with the additional step of compiling OpenCPN from source to get the most recent version.

However, I did add a new feature to the installation, and one that I am extraordinarily happy with — the ability to receive AIS data on OpenCPN running on a Raspberry Pi 2!

In order to read AIS messages, I purchased a demo board of a product called dAISy designed by Adrian Studer. I’ve had the board in my hands for a few months, but as always work and life gets in the way of projects such as this. This past weekend I sailed my boat the 35nm or so from Tacoma to Poulsbo and had a few hours to play around with the chartplotter AND dAISy in an environment where the messages could be received. In short, it worked exceptionally well, and you can see the very first AIS contact that was picked up by the system just as we exited the north end of Colvos Passage in the photo above.

dAISy is a very well designed board that is easy to use. Just connect an antennae to the BNC connector, and a USB cable to the mini-USB port. In the current Raspbian image, all the required kernel support is set up, so simply plugging in the board is enough.

To test that it is working, perform the following test:

To exit screen, type CTRL-A, followed by K. At this point you should have a terminal window set up, and if you are within range of AIS targets you should see a list of AIVDM NMEA messages, that look something like this:

If you are not within range of AIS targets, you can still confirm that dAISy is responding by accessing it’s menu. Simply press [esc] and the menu will display such as the screencapture from Windows shows below: 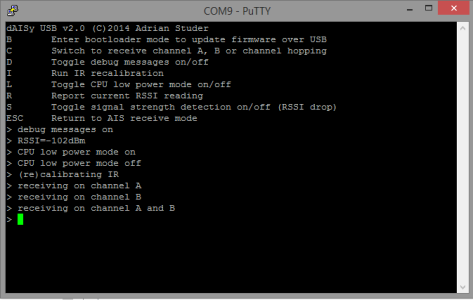 Then the last step is to render the targets in OpenCPN. It’s a fairly simple process of creating a new data connection. Go to Options -> Connections | Data Connections, and Add Connection. Select a Serial message, and set the DataPort to the dAISy USB message port (generally /dev/ttyACM0). Set the Baudrate to 9600, and uncheck Control checksum. Apply and return to OpenCPN.

If you think you have done everything correctly, but you are still not seeing AIS contacts or messages, and especially if ‘screen’ is showing messages, make sure that your user is added to the ‘dialout’ group. To add yourself to the group:
sudo usermod -a -G dialout $USER

Otherwise, enjoy the benefits of knowing where other vessels are, where they are heading, and who they are! 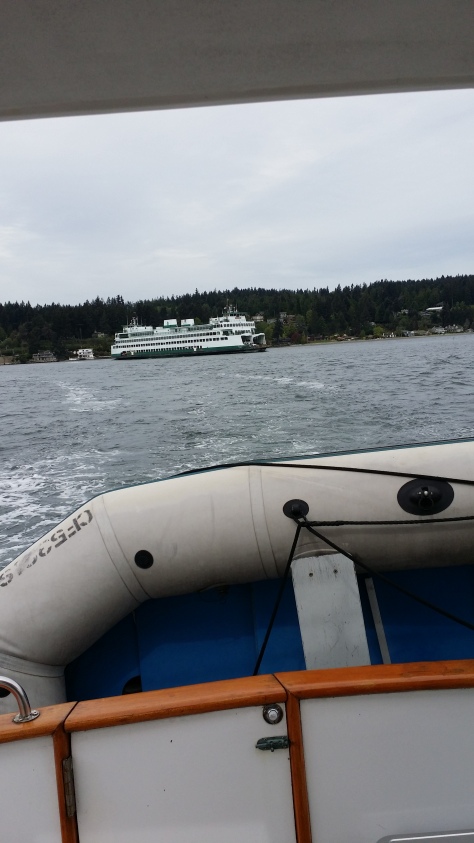 32 thoughts on “OpenCPN on the Raspberry Pi 2 with AIS”

The Journey's The Thing